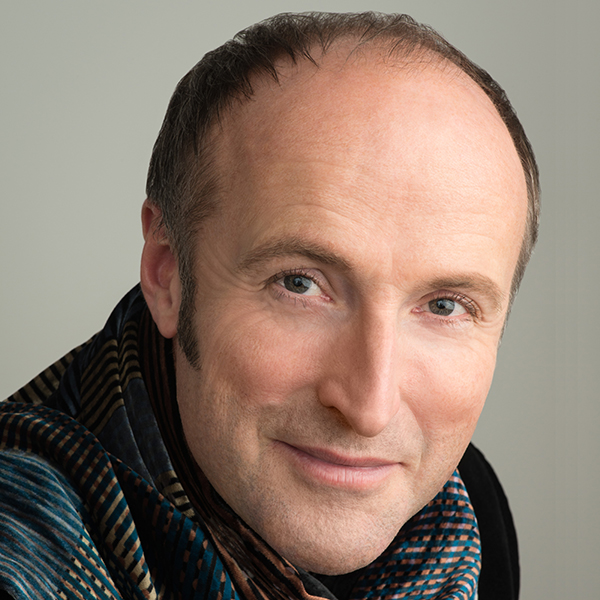 The British/German tenor Rufus Müller was acclaimed by the New York Times following a performance in Carnegie Hall as “easily the best tenor I have heard in a live Messiah.” He is celebrated as the Evangelist in Bach’s Passions, his unique dramatic interpretation of this role confirming his status as one of the world’s most sought-after performers. He gave the world premiere of Jonathan Miller’s acclaimed production of the St. Matthew Passion in London, which was broadcast on BBC TV and which he also recorded for the United label; he repeated the role in three revivals of the production at the Brooklyn Academy of Music in New York (“a sensational Evangelist” —New York Times). Müller is also a leading recitalist, performing worldwide with pianist Maria João Pires, notably in an extended Schubertiade in the Wigmore Hall, and on tour in Spain, Germany, and Japan with Schubert’s Winterreise; they are to perform together again in Spain in the summer of 2018. Müller’s 2017/18 season includes Bach’s Passions and Handel’s Messiah in New York, Princeton, Toronto, Montreal, Washington, D.C., the Carmel Bach Festival, the Royal Albert Hall, and Canterbury Cathdedral; Monteverdi’s Vespers, Schubert’s Winterreise, and Mozart’s Don Giovanni (Ottavio) in Tokyo; Beethoven’s Choral Symphony in Pennsylvania; the title role in Monteverdi’s L’Orfeo in St. Petersburg, Russia; and Haydn’s Creation in London, as well as recitals and master classes in Japan, Germany, and the United States.

Müller was born in Kent and was a choral scholar at New College, Oxford. He studied in New York with the late Thomas LoMonaco and now with Ilka LoMonaco. In 1985 he won first prize in the English Song Award in Brighton, and in 1999 was a prize winner in the Oratorio Society of New York Competition. He is associate professor of music at Bard College.