Thurman Barker
We have a commitment to teaching jazz as an integral part of the African musical diaspora and, historically, as a place where European, African, and Native American musical and cultural practices flowed together. We also regard the music as evolving, while becoming increasingly socially and culturally diverse. It is also a technologically inclusive art form that should not be frozen in time. 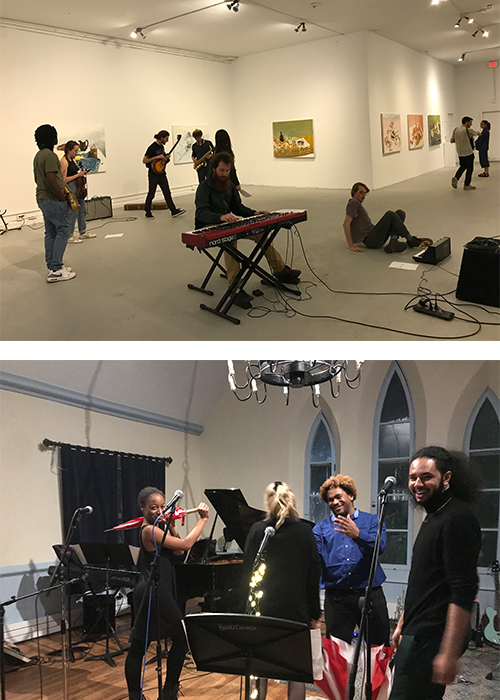 OUR MISSION
Our emphasis is on giving our students a strong foundation of basic musical skills, a thorough understanding of the history behind the music, and an emphasis on the individual developing her or his creative process. To this end we combine, theory, history, and technical skills training with a strong improvisational/compositional regimen.

OUR GOALS
Our goal is to teach students to be the creative artists of the future rather than uncreative repeaters of the past. Our students are notable for the uniqueness of their self-expression and the quality of their original music while at Bard, and we have been gratified to see the exciting work that many of our graduates go on to do after Bard.

Bard College is delighted to announce the appointment of jazz pianist and composer Marcus Roberts as Distinguished Visiting Professor of Music.