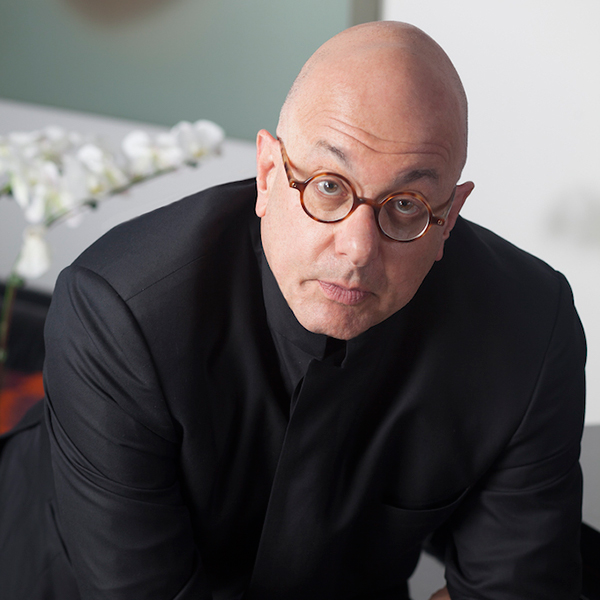 Music is a speechless form of life that can renew our respect and gratitude for our own life and the lives of others. —Leon Botstein

Leon Botstein was born in Zurich, the youngest son of two eminent Polish Jewish physicians who left Poland, studied medicine in Switzerland, and became members of the faculty of the University of Zurich. After waiting for more than 12 years for a visa to immigrate to the United States, his parents moved to New York and ultimately joined the faculty at Montefiore Hospital and the Albert Einstein School of Medicine, where they remained for the rest of their careers.

Unlike his older brother and sister, Mr. Botstein chose not to go into medicine or science, but instead into the arts and humanities. He studied violin with the legendary Roman Totenberg in the U.S. and during the summers studied with faculty from the National Conservatory in Mexico City, where other surviving family members had settled. He attended the High School of Music and Art and graduated at the age of 16. He then attended the University of Chicago, where he graduated in history and philosophy. His music teachers there included the Pulitzer Prize-winning composer Richard Wernick and the eminent musicologists H. Colin Slim and Howard Mayer Brown. While at Chicago, he was concertmaster and assistant conductor of the University orchestra, and founded Chicago University’s chamber orchestra, which still exists today. In 1967 he studied at Tanglewood and then went on to graduate school at Harvard, where he completed a Ph.D. in history under David Landes, writing on musical life of Vienna in the 19th and early 20th centuries. At Harvard, he was the assistant conductor of the Harvard Radcliffe Orchestra, and conductor of the Doctors’ Orchestra of Boston, an ensemble of conservatory students and medical professionals which performed at the Gardner Museum. In 1969 he won a Sloan Foundation Fellowship which brought him to New York City, where he worked as special assistant to the president of the Board of Education. A year later he was recruited to become president of an experimental college, Franconia, which operated from 1964 to 1978 in New Hampshire. At age 23 he became the youngest college president in history. While at Franconia he founded the White Mountain Music Festival, an offshoot of which is still operating.

In 1975 Mr. Botstein left Franconia to become the president of Bard College, a position he still holds. Under his leadership, Bard has developed into a distinctive liberal arts institution offering a vast range of undergraduate and graduate programs. In 1981, in the wake of the death of his second child, an 8-year-old daughter, he decided to return in earnest to the career in music he had begun in Chicago. He became principal conductor of the Hudson Valley Philharmonic and led its chamber orchestra series. In 1992 he was named music director of the American Symphony Orchestra, a position he still holds. During his directorship, he transformed ASO into a pioneer, presenting great works that have long been ignored by history, alongside the acknowledged masterpieces, in concerts curated thematically, using history and ideas to catch the imagination of a wider and non-traditional audience.

In 1990 Mr. Botstein established the internationally admired Bard Music Festival, the success of which helped in the development of the beautiful Richard B. Fisher Center for the Performing Arts, a multi-functional facility designed by Frank Gehry on the Bard College campus. Opening in 2003, the Fisher Center inspired a programmatic expansion, Bard SummerScape, that includes opera, dance, theater, and cabaret over six weeks every summer. These events, as well as his concerts in the American Symphony Orchestra’s Carnegie Hall series, embody his guiding principle of offering access and understanding of music by placing it in its historical context and connecting it to other disciplines and interests. He has always sought to combine music and scholarship in a way that enlightens not only written exposition, but performance. His body of writings include books on education, history, and music, in both German and English, with an acclaimed series of essays published as part of Princeton University Press’ annual Bard Music Festival volume. He has curated exhibits for the Jewish Museum in Vienna. From 1990 to the present, he has been editor of The Musical Quarterly, one of the most distinguished academic journals of music.

In 2003 Mr. Botstein became the music director of the Jerusalem Symphony Orchestra. His concerts with the JSO were broadcast in regular series across the United States and Europe, and he led the orchestra on several tours, including twice across the United States and to Leipzig to open the 2009 Bach Festival with a performance of Mendelssohn’s Elijah in Bach’s Thomaskirche. In 2011 he stepped down from that post and became the JSO’s Conductor Laureate.

While in Israel, Mr. Botstein formed a partnership between Al Quds University and Bard College that offers an honors liberal arts college and a Masters Degree training program for high school teachers. Under his leadership, and in collaboration with the University of St. Petersburg, Bard established the first liberal arts college for Russian students in Russia. Bard’s acclaimed Prison Initiative, which offers degrees to prisoners, has become a model for prisons across the United States. Bard’s High School Early Colleges, which are a growing national movement, were singled out by President Barack Obama as exemplary of what American education should accomplish. In 2012 Longy School of Music in Boston became part of Bard College, adding its graduate programs to Bard’s undergraduate music program. Mr. Botstein has led Bard’s own renowned conservatory orchestra on tours of China, Eastern Europe, and Cuba. In addition, he has led the Youth Orchestra of Caracas in Venezuela and on tour to Japan. Through his experience with YOC and El Sistema in Venezuela, he helped found Take a Stand, a national music program in the United States based on principles of El Sistema.

In 2015 Mr. Botstein founded The Orchestra Now, an innovative pre-professional orchestra and master’s degree program at Bard College that is preparing a new generation of musicians to break down barriers between modern audiences and great orchestral music of the past and present. The Orchestra performs a regular concert series at Bard’s Fisher Center and also takes part in Bard Music Festival concerts. They also perform multiple concerts each season at Carnegie Hall and Lincoln Center, and offer complimentary concerts at venues across the boroughs of New York City in the Around Town series. At The Metropolitan Museum of Art they join Mr. Botstein in the series Sight & Sound as he explores the places where musical and visual expression meet, pairing orchestral works with masterpieces from the museum’s collection.

In 2018 Mr. Botstein begins his highly-anticipated tenure as artistic director of Campus Grafenegg and Grafenegg Academy in Austria, where his maverick, narrative-driven programming has attracted star collaborators, including Thomas Hampson.

Mr. Botstein has guest conducted many orchestras around the world, among them the Los Angeles Philharmonic, Royal Philharmonic Orchestra, Aspen Music Festival, Buffalo Philharmonic Orchestra, Mariinsky Theatre, Russian National Orchestra in Moscow, Hessisches Staatstheater Wiesbaden, Taipei Symphony, Simón Bolivar Symphony Orchestra, and Sinfónica Juvenil de Caracas in Venezuela, and scores of other orchestras and ensembles. He appears in numerous recordings including several operas by Strauss (including Die ägyptische Helena with Deborah Voigt), as well as works by Shostakovich, Hartmann, Reger, Copland, Chausson, Liszt, Perle, Mendelssohn, and Bruckner, among others. His recording of Popov and Shostakovich with the LSO was nominated for a Grammy in the category of Best Orchestral Performance.

Leon Botstein’s entire life and his work in all its aspects is devoted to one mission: the improvement of peoples’ lives through education and exposure to the arts. A child of a generation that experienced extreme prejudice and barbarity, his firm belief that a better and more equitable world can be created by cultivating the life of the mind remains the principle that informs and connects all of his performances, writing, public service, and teaching.

“When it comes to ambitious, fearless orchestral programming there is Leon Botstein . . . and then there is everyone else.” –Steve Smith, The New York Times