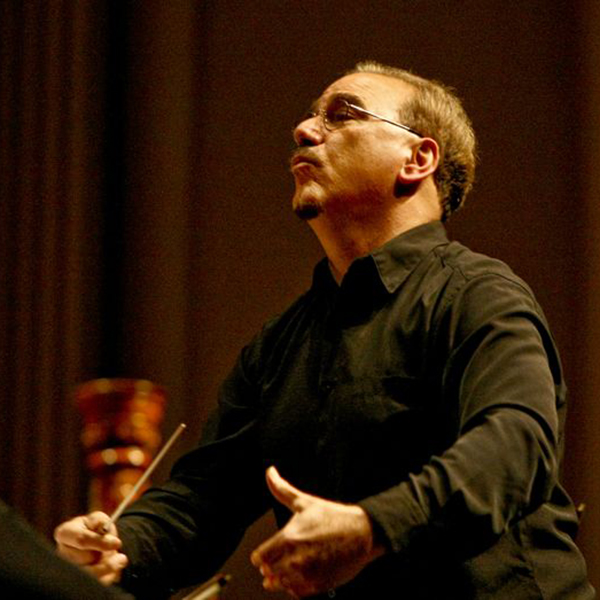 George Tsontakis has been the recipient of two of the richest prizes awarded in all of classical music: the International Grawemeyer Award, in 2005, for his Second Violin Concerto; and the 2007 Ives Living, from the American Academy. He studied with Roger Sessions at Juilliard and in Rome with Franco Donatoni. Born in Astoria, N.Y., of Cretan heritage, he has become an important figure in the music of Greece and his music is increasingly performed abroad, with several performances in Europe every season. Most of his music has been recorded by Hyperion, Koch, Innova, and Naxos, including 14 orchestral works, leading to two Grammy nominations for Best Classical Composition. He served as composer in residence with the Aspen Music Festival for 40 years, where he was founding director of the Aspen Contemporary Ensemble; with the Oxford (England) Philomusica; with the Albany Symphony for six years; and with the Chamber Music Society of Lincoln Center for the 2009–10 season, among others. Tsontakis is distinguished composer in residence at the Bard College Conservatory. His most recent commissions and premieres (2016–18) include chamber works for Maverick Concerts and London’s Mobius Ensemble, and large-scale pieces for the Boston Symphony, Albany Symphony, and St. Paul Chamber Orchestra as well as a violin concerto for Gary Levinson and the Dallas Symphony. His latest CD, three concertos with the Albany Symphony, was released by Naxos in August and heralded as one of NPR’s “Top 10 Classical Recordings of 2017.” He lives in New York’s Catskill Mountains.