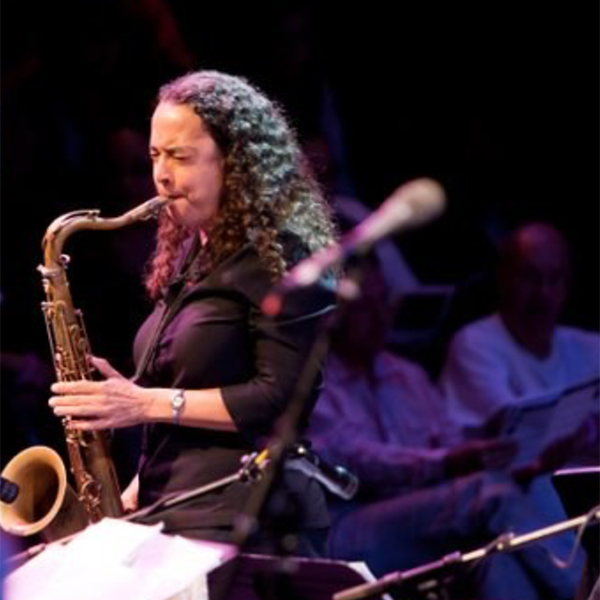 Erica Lindsay, tenor saxophonist and composer, teaches jazz music theory, arranging, and composition. Lindsay performs with numerous ensembles, most recently with the Jeff Siegel Sextet, featuring Feya Faku; a quartet co-led with pianist Sumi Tonooka; and her own quartet featuring Francesca Tanksley. Her extensive discography is available at ericalindsay.com. Lindsay has performed and/or recorded with such artists as Melba Liston, McCoy Tyner, Rufus Reid, Baikida Carroll, Oliver Lake, Pheeroan akLaff, Art Blakey Jazz Messengers (with Jimmy Cobb), Howard Johnson, Frank Zappa, Reggie Workman, Da Capo Chamber Players, and Clifford Jordon, among many others. Her orchestral piece Inner Dialogue was read by the American Composers Orchestra in 2011. Her piece for drum set and orchestra, Mantra, was performed by the Detroit Symphony Orchestra in 2014. She is a 2017 recipient of the Chamber Music of America New Jazz Works Commission, with the generous support of the Doris Duke Foundation, and has just completed a Composer Now artist residency, collaborating with dancer/choreographer Wangjia Zhaxi. Nat Hentoff writes, “Erica Lindsay plays with such an emotional spontaneity that she is very much in the tradition of those jazz makers who were so evidently taking joy in surprising themselves each night, each song, each bar. She has a distinctive clarity and fullness of sound as well as an acute sense of dynamics. Her compositions are also characterized by an invigorating clarity of form and direction.” Bob Margolis, writing for the Daily Freeman, states, “Her profound, soul-searching technique straddles Coltrane’s spirituality and Joe Henderson’s fiery versatility, making hers a name to watch.”

Lindsay’s parents were educators who moved to Europe in the 1960s, raising their family in various European cities. She began her compositional studies at the age of 15 with Mal Waldron in Munich, where she spent her high school years. She deepened her experience of the music through her exposure to jazz expatriates Mal Waldron, Dexter Gordon, Slide Hampton, Jimmy Griffiths, Jimmie Woode, and Benny Bailey, as well as the continuing flow of visiting jazz greats. Upon graduating from high school she continued her studies at Berklee College of Music in Boston. When she returned to Europe, Lindsay focused on her compositional work, writing and arranging for various big bands and composing for the many different smaller groups she performed with. She was involved in the vibrant free jazz scene that existed then in Europe and was an original member and composer of the Unique Munich Saxophone Choir. During this period she formed her first quintet and also did guest performances with Frank Zappa and Art Blakey’s Jazz Messengers. In 1980 Lindsay moved to New York City. Referred by her saxophone teacher at Berklee, Andy McGee, she began performing and touring with Melba Liston & Co. During this time she performed with many jazz legends: Dizzy Gillespie, Joe Williams, Al Grey, Britt Woodman, Mary Lou Williams, and others. After leaving Liston’s group in 1984, Lindsay performed with other leaders such as McCoy Tyner, Clifford Jordan, Reggie Workman, Ted Curson, George Gruntz, and Amiri Baraka, at Carnegie Hall, Avery Fisher Hall, Merkin Hall, La MaMa, and other jazz venues. Lindsay at this time also became involved in performance art, and has collaborated with poet/playwright Carl Hancock-Rux; poets Janine Vega, Janice King, and Mikhail Horowitz; and painter Nancy Ostrowski. She composed the book for two off-Broadway plays—Carl Hancock-Rux’s Song of Sad Young Men and John Carter’s Feed the Beast—and has written for television and modern dance. While living in New York City she also received a degree in psychology from NYU. She now resides in the Woodstock area and is artist in residence at Bard College.