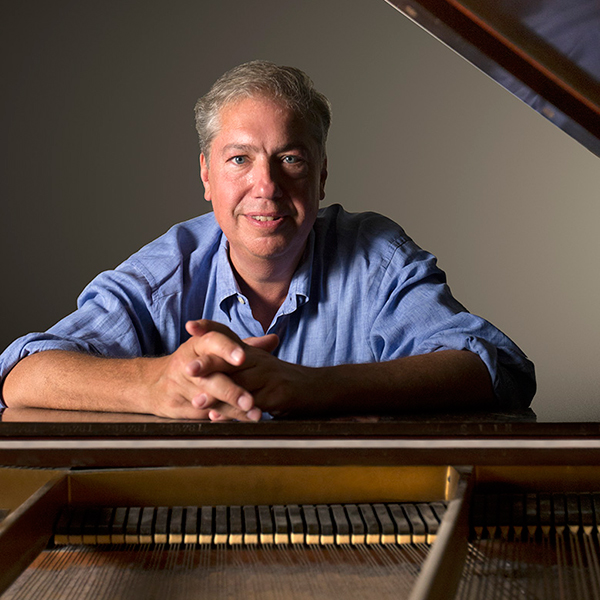 Christopher H. Gibbs came to Bard as the James H. Ottaway Jr. Professor of Music in 2002. He teaches music history in both the College and Conservatory or Music. He serves as the artistic codirector, together with Leon Botstein, of the Bard Music Festival, and is executive editor of the Musical Quarterly, the oldest music history journal in America. Before joining the Bard faculty he taught at Columbia University, Haverford College, and the University at Buffalo. Gibbs edited The Cambridge Companion to Schubert (Cambridge University Press, 1997) and is the author of The Life of Schubert (Cambridge University Press, 2000), which has been translated into five languages. He is coeditor, with Dana Gooley, of Franz Liszt and His World (Princeton University Press, 2006) and, with Morten Solvik, of Franz Schubert and His World (Princeton University Press, 2014). He coauthored, with Richard Taruskin, The Oxford History of Western Music, College Edition (Oxford University Press, 2013; second edition, 2018). Gibbs is a recipient of the ASCAP-Deems Taylor Award and was a fellow of the American Council of Learned Societies in 1999–2000. He has written for many scholarly and general-interest publications, including 19th-Century Music, Schubert durch die Brille, Current Musicology, the Opera Quarterly, Journal of the Arnold Schoenberg Institute, and the Chronicle of Higher Education. He has contributed to numerous anthologies and reference works, including the revised edition of the New Grove Dictionary of Music and Musicians. Gibbs is particularly devoted to “public musicology.” As a program annotator and lecturer, he works with many of the country’s leading musical institutions. He was the musicological director for the final three years of the acclaimed Schubertiade at the 92nd Street Y in New York City and served as musicological adviser for the bicentennial Schubert Festival at Carnegie Hall. For the past 17 seasons, he has written the program notes for the Philadelphia Orchestra. He gives frequent preconcert lectures for that orchestra, as well as for the New York Philharmonic, Cleveland Orchestra, Los Angeles Philharmonic, Carnegie Hall, New York City Opera, Metropolitan Museum of Art, Great Performers at Lincoln Center, [email protected], and other organizations. Gibbs teaches a broad range of music history courses at all levels at Bard and is particularly interested in opera; music in Vienna; Mozart, Beethoven, Schubert, and Mahler; critical theory; and psychoanalysis.