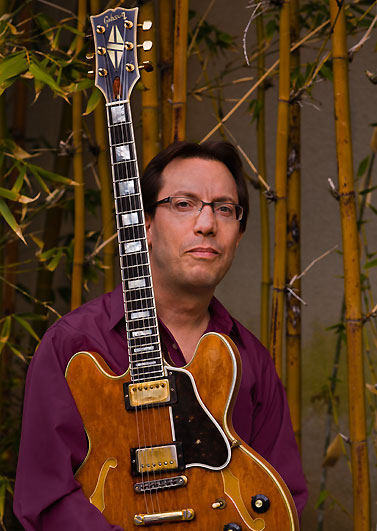 Mike DeMicco’s expansive embrace of music has led him to work with prominent artists in many genres. He’s toured the world extensively since 1980, performing and recording with a diverse cross-section of jazz, blues and popular artists, including Dave Brubeck, The Brubeck Brothers Quartet, Jack DeJohnette, Nick Brignola, Warren Bernhardt, Lee Shaw, Rory Block, James & Livingston Taylor, Professor “Louie” and The Crowmatix, and many others. Mike’s selected performance highlights include appearances on PBS and NPR; at the major European and North American jazz festivals; and at prestigious clubs and venues such as The Kennedy Center, Ronnie Scott’s, LA’s Jazz Bakery, The Blue Note, Birdland, The Five Spot, The Bottom Line, Wolf Trap, Great American Music Hall, and BB King’s.

Besides being an in-demand sideman, Mike has led his own jazz group since 1987, and also co-leads an organ trio with Hammond B-3 player Pete Levin. Mike’s new CD, As The Sun Sets (Blue Forest), features longtime musical mentor, pianist Warren Bernhardt, bassists Jay Anderson and Rob Leon, and drummer Peter O’Brien. All About Jazz calls this recording “all progressive, creative quartet jazz. It’s straight-ahead, but with a contemporary feel . . . DeMicco’s compositions are complex, intricate and original vehicles. (He) possesses a fluid, melodic style and excellent technique and taste.

When he’s not working with his own group, Mike is guitarist and composer with the Brubeck Brothers Quartet, led by Chris and Dan Brubeck. Mike co-produced the BBQ’s new release, Intuition (Blue Forest), which includes two of his compositions, “West of One” and “Open Door.” He has toured the U.S. with the BBQ since 1997, offering concerts and clinics from The National Gallery of Art in DC to the famed San Francisco jazz club, Yoshi’s. The BBQ’s first CD, Second Nature, features Mike’s insinuating ballad, “Lydian Grin.” He also records and tours with The Crowmatix (featuring Garth Hudson and the late Rick Danko from The Band), which provides an excellent showcase for his talents on slide guitar and mandolin. The Crowmatix have released several CDs, the most recent being Flyin’ High (Woodstock Records). Jam, the previous release by The Crowmatix, includes Mike’s tune, “Bayou Blues,” praised by Relix magazine as the best cut of the CD.

“If you were cool about it, you could sneak upstairs and hang with the musicians,” Mike says of the famed Woodstock club. “One night, Brownie McGhee and Sonny Terry played there and I was telling Brownie I wanted to study at Berklee College of Music. Brownie had heard of the school. I wanted to sell my 1972 Ford station wagon. He offered me $250 and I used the money to move to Boston.” He studied music theory and harmony at Berklee before leaving to tour the U.S. in pop and R&B bands. Mike returned to the Hudson Valley for a valuable four-year stint in the Catskill Hotels, where he got his education in the music of the ‘30s and ‘40s. “I learned from many seasoned musicians who all had, at one time or another, impressive jazz gigs. Most of them had passed through well-known big bands.”

In 1983, Mike started a long working relationship with jazz pianist Chuck Lamb, playing challenging electric jazz at clubs and festivals throughout the U.S. in the fusion band, Dry Jack. Mike’s playing attracted the attention of drummer Jack DeJohnette who encouraged him to develop his own voice. He also played a weekly jam session hosted by drummer Jimmy Cobb, where he played with guest artists such as J.R. Montrose, Arne Lawrence and Jeremy Steig. Another great opportunity to learn, this time Mike honed his distinctive chord melody approach. “I would show up each week, never assuming I would be asked to play . . . . after all, it was Jimmy Cobb. I was the only chord player so it was really challenging.”

Mike met drummer Dan Brubeck in 1986 and, with keyboardist and composer Vinnie Martucci and bassist Scott Petito, formed The Dolphins, a high-energy fusion band. (Bassist Rob Leon joined the band when Petito’s career as a recording engineer and producer took precedence.) Three critically acclaimed Dolphins’ albums, extensive international touring, and U.S. and European concerts with the Dave Brubeck Quartet provided another important springboard for Mike’s musical growth. He started his own jazz trio in 1987 with drummer Peter O’Brien and, a year later, began his continuing association with pianist Warren Bernhardt.